A 15 year old high school student from Maine is being lauded by the media as a brave social justice martyr after she was suspended from school for calling out a rapist.

“A teenager said there was a rapist at her school. She was suspended for bullying.”

It makes it seem as if she’s being suspended for calling out a legitimate rapist. This was red meat for self-proclaimed male feminists like Aaron Gouveia at The Daddy  Files, who once said that he was the victim of sexism because of a satirical sign about Dads at an apple orchard. 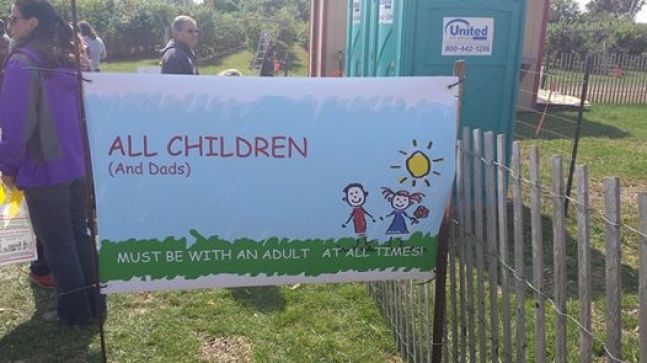 I saw it last night on the CBS News, which of course presented her as the victim.

But in reality Aela Mansmann is a 15 year old child being used as a prop by her mother Shael Morris.

If “I like black people, just not in my neighborhood” had a face.

The media is getting clicks and profiting off of the lie that the school is protecting rapists and punishing victims of sexual assault. But schools don’t investigate rape allegations – police do. And the media also left out a really important part of her note where she put “and you know who it is.”

Why won’t this school district protect students? Sexual assault is not something you should have to fight against alone – students deserve better.

This implies that there are rumors going around school that some students are rapists, and it’s so well known that the reader of the flier will know who it is. This makes the student or students in question a target of harassment, even though they haven’t been charged with or convicted of a crime. It turns the entire school against them, which is the textbook definition of bullying.

Aela’s Facebook posts indicate that she’s a brainwashed child, being used to push for unconstitutional “red flag laws,” which would give the police the ability to disarm 84 year old school crossing guards in Tisbury if a waitress misinterpreted something they said at a diner.

She’s the leader of Maine’s chapter of “March for our lives.”

She says that as a 10 year old she wrote a list of all the things she would get rid of when she was President, which included climate change, racism, and sexual assault.

Because she’s a brainwashed child.

She supports the anti-semitic “Squad.”

She describes herself as “full time activist, part time student.”

In other words, she’s been trained to be an activist, and has had the fun of being a child stolen from her. Which is why she’s now bragging about doing interviews and photo sessions thanks to her new found woke fame.

Her posts about Brett Kavanaugh last year shows that she believes it’s OK to call people rapists without any evidence whatsoever.

Shockingly this is the exact same position held by her mother.

Everything this child does is orchestrated by her full time activist mom, who had her speaking at town council meetings when she was 13 years old.

She’s arranged for her daughter to meet with a State Senator and Representative, after testifying and lobbying for a bill about consent.

Thanks to Mom Aela got to be a moderator for a town hall with presidential candidate Pete Buttigieg.

Aela has access to people like this because her mother founded a non-profit years ago called SafeBAE, which she uses Aela to fundraise for.

As we’ve learned over the years, most non-profits are just scams that social justice warriors use to push political agendas, and avoid paying taxes and finding real jobs.

SafeBAE has paid off as it’s gotten Mom invited to the United Nations, and helped her meet washed up “comedians” like Amy Schumer.

Shael has never been shy about using kids as props to push her agenda for her.

This is what these people do. They use kids as their mouthpieces because they know that the media will eat it up. I wish they’d urge kids like Greta to sail to Beijing and lecture them too, since China is the world’s leader in carbon emissions.

Does anyone honestly believe that this entire thing wasn’t Moms idea?

She also brags about how she makes her son taking dancing classes in order to fight back against toxic masculinity.

And she nearly had a meltdown when Trump got elected.

She started a Change.org petition which states that

“Aela came into the high school last year as a freshman, but very ahead of her years in her knowledge of sexual assault prevention, through her work with an advocacy organization I founded with a group of high school aged sexual assault survivors – SafeBAE.”

Cape Elizabeth High School students were suspended for speaking out about their school's sexual assault policies.

This entire thing was orchestrated by Shael. She urged her daughter to organize her friends together to bully innocent children, call them rapists, and make national headlines. It harms not only the children who are being called rapists without a shred of evidence, but it also harms her daughter too, since she’s being deprived of a normal childhood.

On Facebook Mom has been railing against anyone who would call her daughter a liar, and believes that innocent until proven guilty is a silly principle that necessitates quotation marks when used in context.

She’s losing her mind, complaining that Moms at the gym who don’t use their kids as props “don’t know shit,” and should “SIT DOWN,”#DontTalkShit.

Shael is a high school girl who never grew up, and is now living vicariously through her daughter and the son she emasculated. She preaches to a trained choir of clapping seals on her Facebook page who tell her what a warrior mom she is for encouraging her daughter to violate school rules so she can raise money for her non-profit.

The fact that she associates with people this dumb tells me everything I need to know about this woman.

Hello Turtle Riders. As you know if you follow Turtleboy we are constantly getting censored and banned by Facebook for what are clearly not violations of their terms of service. Twitter has done the same, and trolls mass reported our blog to Google AdSense thousands of times, leading to demonitization. We can get by and survive, but we could really use your help. Please consider donating by hitting the PayPal button above if you’d like support free speech and what we do in the face of Silicon Valley censorship. Or just buy our award winning book about the dangers of censorship and rise of Turtleboy:

“I Am Turtleboy” Now On Sale On Amazon, Buy Your’s Today

Support Turtleboy and TBdailynews with a featured product purchase!