Following our investigation into the Gan Rivkah center last month, we received a generous offer from a well-known and well-liked establishment in Milford, MA – The Central Tavern. They reached out to offer to host a fundraiser in October to help keep us afloat amidst the financial troubles that currently plague the blog. Of course, Uncle Turtleboy enthusiastically accepted, and began making preparations for October 19th. In the mean time, as an unrelated event, I published this blog. It is the first of a planned series looking in to some pretty serious allegations of corruption and misconduct by a group of Milford selectman, most prominently Selectman William Kingkade.

The blog was published on August 29th.

By August 30th, the point of contact for the Central Tavern began reaching out to Uncle Turtleboy, expressing some reluctance to go forward with the event while alluding to harassment they purported to receive due to our coverage of Hadassah Rose and the Gan Rivkah Center.

Is this possible? Sure. But those blogs are what attracted the attention of the business in the first place and the basis of their offer to host an event. On August 31st, just two days after the blog probing into William Kingkade had been published, Central Tavern’s point of contact reached out yet again, to official cancel the event, citing a transfer of ownership that was slated to occur, well before they had reached out to offer in the first place.

That transfer of ownership, it turns out, was set to be heard on September 9th, over a month before the date that was tentatively set for the fundraising event.

That public hearing has since been heard, and wouldn’t you know it – William Kingkade openly acknowledges a long-term friendship with Central Tavern’s new owner, Michael Aghajanian, sings his praises, and admits a “bias”.

The transfer of all licenses were then approved unanimously in short order.

The timing of it all certainly is interesting. What’s also interesting, is the fact that this is not the first time it has been alleged that Kingkade may have either applied pressure or pulled favors to derail detractors’ efforts to assemble within the town of Milford. From 2018:

“A group attempting to remove a Milford selectman from office has accused the town of trying to interfere with its First Amendment rights.

“Clearly we have a coordinated effort to hamper the activities that we’re doing that are protected by the freedom of speech and our constitutional rights,” said James Heron, who wrote the complaint.

The group, which is trying to obtain enough signatures to hold a recall election for Selectman William Kingkade Jr.’s seat, planned an organizational meeting at Milford’s Hoboken Citizens Club Nov. 2, according to the complaint. A room was secured days ahead by calling the bartender and confirming that the room in question was available, according to Michael Johnson, one of the residents spearheading the campaign.

The meeting was then publicized on social media.

Hours before the meeting was to take place, according to Johnson and the complaint, the group was informed that they were not welcome that evening at the club.

“I want to say it was almost noon on Friday, the day we were supposed to have this …. I get a call from the gentleman who made the phone call and set it up,” Johnson said. “He said ‘we got kicked out of the Hoboken.’”

The complaint pins the revocation of permission on a town employee, who group members said pressured the club on behalf of selectmen. Heron and Johnson credit an anonymous tip with revealing a town connection.

“Clearly, if (the town employee) was influenced by selectmen to have us shut down, this is a serious violation of constitutional rights,” Heron said. “I’m not going to stand for it.”

A call to the club was not returned by deadline. The complaint also points to phone calls made to grocery stores outside which the group stood to collect signatures last weekend. The group was forced to switch locations again.

“We’re not harassing anyone,” Heron said. “We’re being respectful as much as we can.” “

Is this mere coincidence, or is William Kingkade working to silence his detractors? We certainly cannot definitively say at this point. But if that was in fact the objective in our case, there are going to be some people sorely disappointed. I’ve spent the last three weeks investigating the political ins and outs of this town, and will be releasing more blogs in the coming weeks, fundraiser in Milford be damned. The question still remains, though – was our fundraiser cancelled due to the wrong timing on the part of the Central Tavern, or due to the wrong timing on the part of one particular blog? 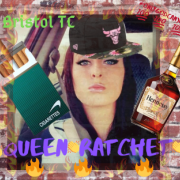 Dorchester’s Finest Can’t Get By Goal Line Defense With 15 Coats At Giblees In Danvers, Forgot That Rachael Rollins Can’t Drop Charges If It’s Not Suffolk County